William (Bill) Kazmaier hails from Burlington, Wisconsin. Born on December 30, 1953, Bill is best known as a world champion strongman, world champion power lifter, and professional wrestler. During the 1970s and 1980s, Bill set numerous strongman world records and power lifting records. He also holds 2 IPF or International Power Lifting Federation World Championships and 3 Worlds Strongest Man titles! These competitions made Kazmaier famous for his spectacular feats of strength and for his claim that he was the strongest man who ever lived. In many circles, Bill is considered to be one of the all-time greatest strength competitors.

Bill Kazmaier has joined up with Arctic Chiropractic and Arctic Physical Therapy and Rehab as our official spokesperson. Bill has become quite a successful motivational speaker following his illustrious career. He regularly travels around the State of Alaska where he speaks to many of the communities. The focus of his talks generally center on the areas of Health and Wellness, by way of his philosophy: Conceive, Believe and Achieve. His speeches are highly motivational and can have a lasting impact on the community where he speaks. If you would like to learn more about William Kazmaier and his speaking engagements, or if you would like to have him speak in your community, please contact Sarah Goff at synergyservicesak@gmail.com. 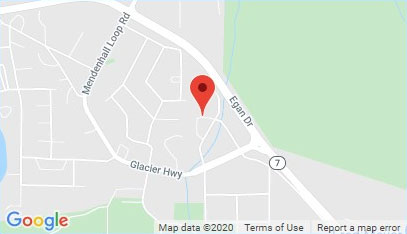 Sunday
By Appointment Only